The changes in the U.S. and the World during his baseball announcing career

There is a lot going on in my life right now, as well as in the life of people I care about.  It has made it more difficult for me to contribute to my blog.  I am working on a post more relevant to the main theme of my blog, but it is a difficult one and it is still in progress.  I also plan to post on some recent experiences of mine, interleaved with this series on Vin Scully.

I also haven’t written as much lately about my passion, the Dodgers.  Quite frankly I was not optimistic last year about their chances compared to the previous years when they won the NL West title.  And I was very surprised when they overcame many question marks and injuries to key players and made it to the NL Championship Series.  This year, I have been much more optimistic about the Dodgers’ chances and that assessment was borne out.  A recent horrific slump has nullified what was a near record-setting pace, although they bounced back to have the best regular season record and made it to the World Series for the first time since 1988.

But more important to me was my desire to salute one of the few remaining famous people in the world that I can admire totally without reservation.  I have never met him, though I’d like to.  So my assessment of him is based on all the accounts I have read or heard: that he is a talented, kind, generous and humble man.  One post will not do him justice.  This will by necessity be a multi-part series.  And I didn’t want to post it until all the pieces were in place. 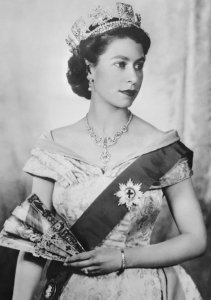 Last year at this time, there were two famous people in the world essentially doing the same thing they were doing when I was born.  Now only one is left: Queen Elizabeth II of the United Kingdom, Canada, Australia and New Zealand and Head of the British Commonwealth.  Hall of Fame baseball announcer Vin Scully retired last fall after announcing Dodger baseball games since April 1950.

To give you an idea of how much has changed in baseball, sports and the world in general since April 1950, here are a few facts:

So that gives you an idea of some of the changes in baseball and sports in general, as well as geopolitical and socio-economic changes since 1950.

Vin Scully has been behind the microphone of the Dodgers the entire time.  He was a fine announcer when doing football play by play or describing a golf match.  But it was his career announcing baseball that sets him apart from the rest of the broadcasting profession.  No one has done it longer or better.  And he did it for only one team.  It happens to be the team I have always rooted for since my earliest memories of baseball at age three when the Dodgers were still in Brooklyn.

I know that whatsoever God doeth, it shall be for ever: nothing can be put to it, nor any thing taken from it: and God doeth it, that men should fear before him. – Ecclesiastes 3:14